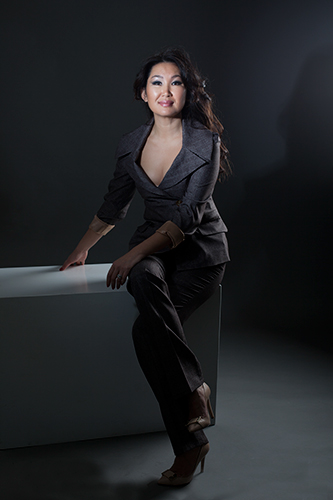 Villa Reale Fashion Group started its business back in the 1998, when its owner Tatiana Madassova set up in her hometown Ulan-Ude (Siberia) her 3 first stores of apparel and shoes. Implementing her degree in economics and business administration in the family
thai mailorder brides
business of oil and gas output, Tatiana makes her fist career steps by helping her father in the development of international relationships with foreign partners. Â«Like many young girls at those times â Tatiana says, I had two big dreams: to become a ballet prima or to work in the charming world of fashion. So when I turned 18 I got closer to my dream by becoming a model but I knew I was worth of something bigger. I was always pretty sure to create something of my own.

In 1998, such a difficult year for the Russian economy that was facing a tremendous downturn and devaluation of the national currency, times when most of the Russian entrepreneurs were forced to stop their business with foreign companies, for instance Italian shoe-and apparel manufactures, Tatiana decided to take a risk and open her first Made in Italy shoe showroom in Siberia. As it is well known, nothing ventured nothing gained âthe project was a great success and soon became the connection point between the Italian fashion brands and East Russian buyers. With the passage of time Tatiana opens firstly a showroom in Moscow and after that another one in Italy. Tatiana succeeded in combining her abilities as a salesman together with management skills which gave way to the creation of an efficient distribution chain for the promoted brands. Her collaboration started in the early 00-s with Manas, Mirage and Apepazza, adding by 2004-2005 new brands to the groupÃ new like Melluso, Bruno Premi, GianRos, Menghi shoes, Zen, Florsheim, Viola Vinca, Formentini.https://domyhomework.pro/

In November 2012 Villa Reale Fashion Group celebrated its 15 years of successful work. Today the variety of assortment that the company offers can satisfy the demands of any kind of customers age, lifestyle and needs. Furthermore recently the company Villa Reale Fashion Group has launched its own shoe line under the Villa Reale brand. The remarkable fact of 2013 was the entry of Carla G, the well-known Italian fashionable trademark for apparel and shoes in the pull of brands. We expect the opening of the brands mono-store coming soon. In all these years of work Tatiana together with her team managed to establish productive professional relationships with their partners, that which the company really holds dear to itself. Just because, as Tatiana has always been confident about, only teamwork is the key to success.